Facebook rebrands itself to Meta. Of course not the Social Network but the company holding all the networks and more. Pretty much what Google did with alphabet – probably both actions were triggered by ongoing negative public pushback about their policies. However, both also had very real reasons to separate and rebrand their most famous public brand and product from other offerings of the group as they had become too complex to keep under their one hero products name – but today is not about branding questions. It’s more about the fundamental shift in our reality that we all expect from Meta.

Still the story is not new. It’s an old dream of virtual reality. The dream of us shaping our world even more than we do today – to become the god – who’s creating the reality we live in. And it’s not a dream of tech enthusiasts in the Valey it’s not something new started with Hollywood. It’s something art and imagination bring to all of us. Something every kid is creating in their fantasy while playing with Lego or Dolls. It’s all the thinks you can think.

When we are talking about the Metaverse the first idea might be a completely virtual reality (VR). And this is also the part with which Mark Zuckerberg started in his introduction: a virtual experience. Only to give us a much bigger vision a few moments after.

Second life, is a browser based virtual reality where players jump into the roll of a digital avatar,to shape an endless world. It’s probably the most ambitious approach to a virtual reality. Not very emersive – you cannot really enter the world – but imaginative. It’s incredible to see what the creators have made out of the place.

While second life is more virtual reality than game, i’d like to point Free City in the movie Free Guy. This means introducing NPCs into a framework like 2nd life. A gamable fully alternative virtual reality – with no limits and enless possibilities for the gamers. The vision of Meta is more to the experience of the actual NPC in Free Guy who’s talking on AR glasses and starts to slowly realize what’s actually going on. And this is the direction that we can expect moving forward from here.

Meta seems to promise a big leap forward towards a fully immersive experience a combination of AR & VR, of reality and enhanced reality. The big hurdle for 2nd life to take off is still the break in the medium. It’s not something that can be easily included into a usual day. It’s a much bigger commitment.

If we have the opportunity to combine these spaces, that’s where the magic happens. 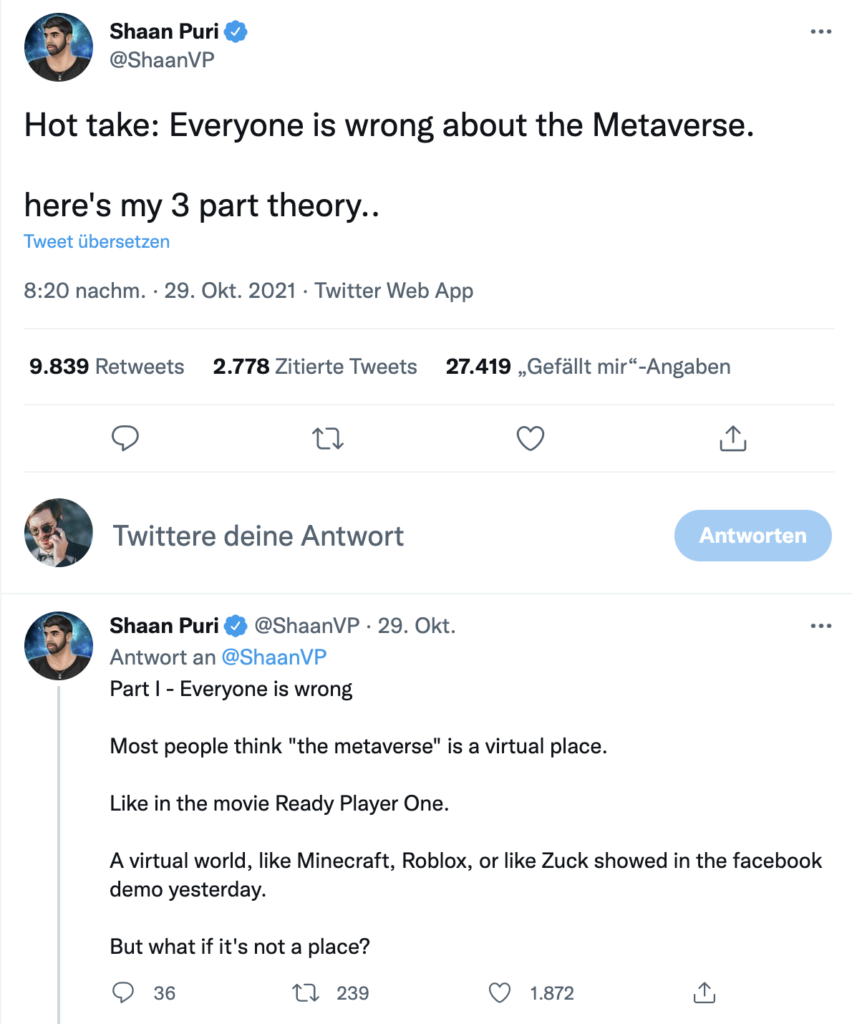 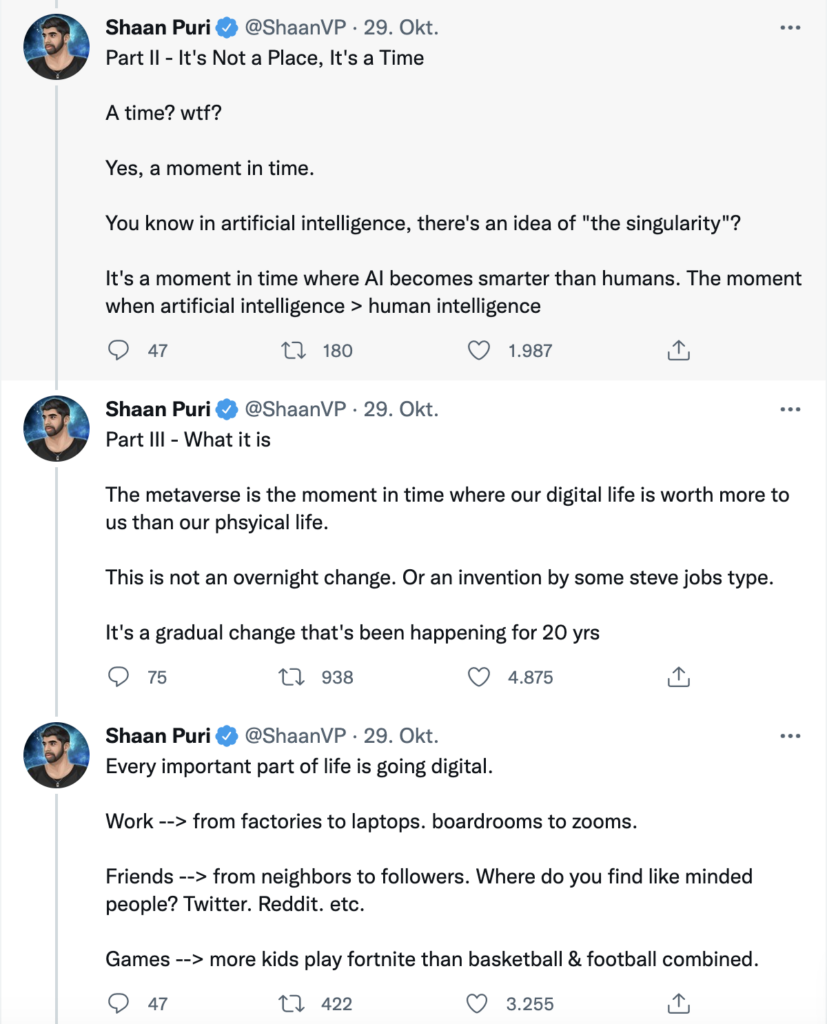 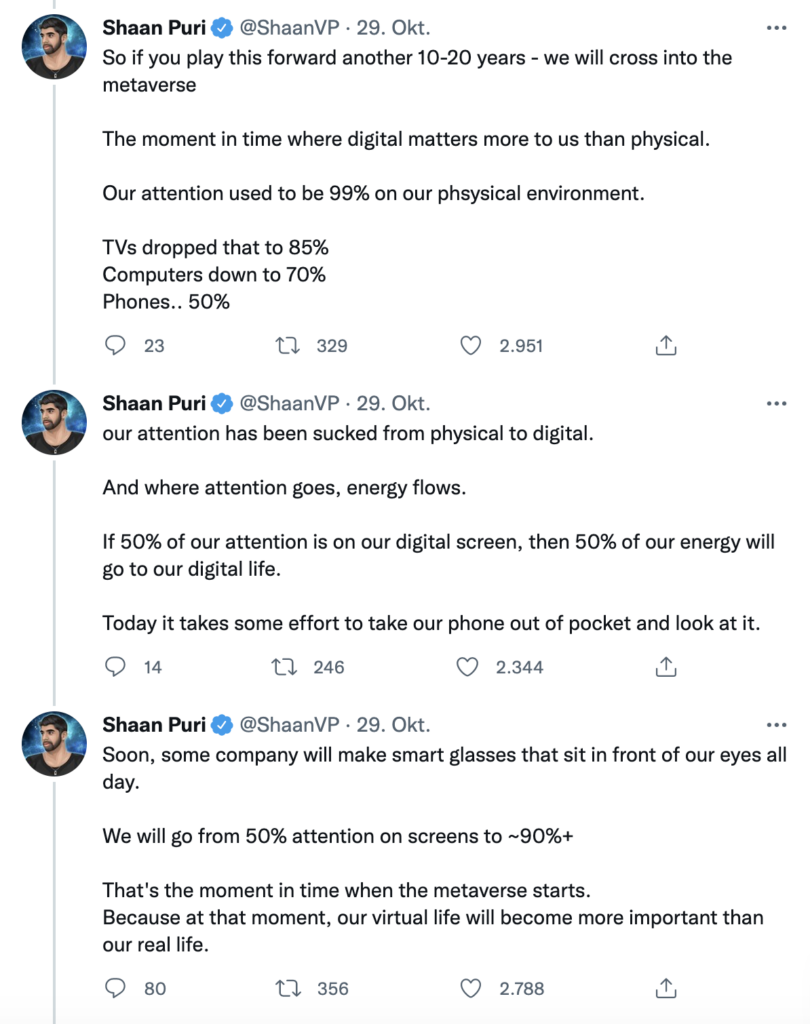 NFTs will make sense at exactly this moment. 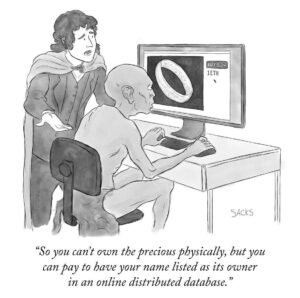 Hyper-Reality will be here – nonstop.

Personalized Ads won’t need to scan your face anymore – you will receive them fitted to your account mapped on top of reality.

so how do we get there:

With an eye Phone

To sum up, VR is not the next big thing – AR is – as soon as we can do this technologically we will. And we are so close to getting this done. It’s the Metaverse a second data and content layer following our every step, enhancing reality and as the inspiration for this post wrote nothing bad or good in itself – it depends on what we make out of it.

The interesting thing is going to happen when we introduce real AI to this picture:

And gloves or VR gear. 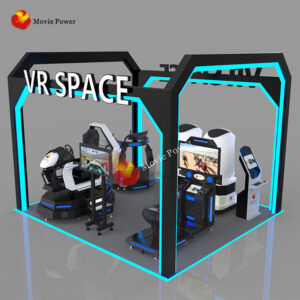 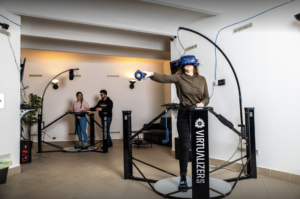 I still think the next big thing is arcades coming back.